/
We may not practice, but we have a lot of guts going on stage, so we deserve applause just as much as the next band. 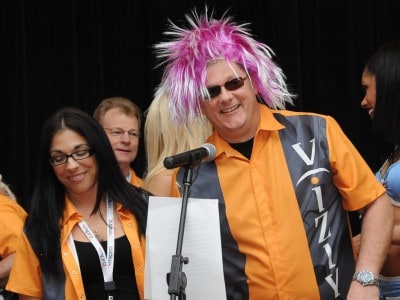 Some say that you can blame it all on Sean. Others say that he’s the reason that the Broken Sprockets are the best bad band around. The one thing that nobody can deny is that he looks great in the neon purple wig 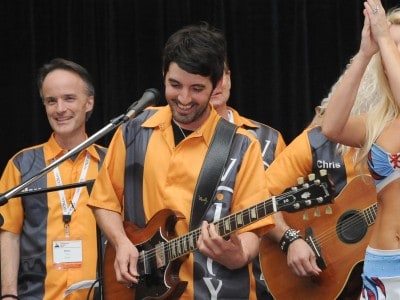 Adam has been a member of the Broken Sprockets from the beginning. As much as he tries to deny it, he’s one of us. While the Sprockets is his main gig, he has other less important things such as his real band Say Yes (watch their video – https://www.youtube.com/watch?v=3d64bRiLwd8).

Adam is a professional musician, and our music teacher. He puts the “best” in the best bad band ever. 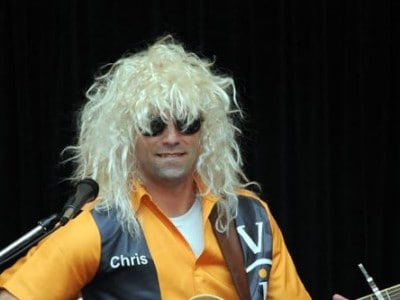 Every Band has a member like Chris. His “natural skill” means he doesn’t need to practise. At the Broken Sprockets practise sessions, it always Chris who encourages us to drop the instruments and hit the beer. 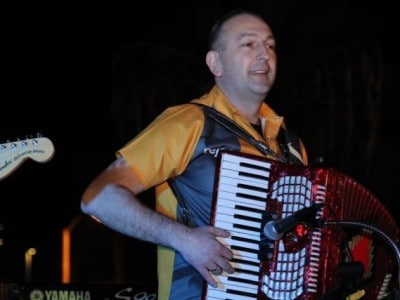 Dejan (pronounced Day-anne) is the most tragic member of the band. Dejan’s a musical genius. If it wasn’t for his insistence to be a member of the Broken Sprockets and his lack of practise, Dejan would rule the musical world

Who else but a musical genius would know that what the Sprockets really needed was a rocking accordion to round out our set list. You haven’t lived until you’ve heard his AC/DC solos. 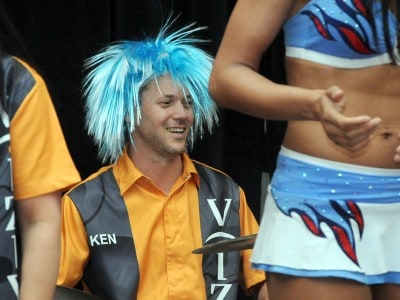 When Ken heard about the Sprockets, he immediately volunteered to join the band. Even more, he offered to forgo his guitar. Other than Adam, he could be our best guitar player, but in typical Sprockets fashion, we figured he’d make a great drummer. 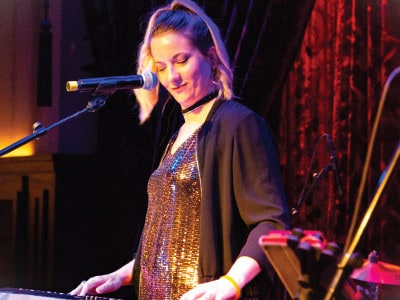 It took us three years to get Melissa on stage.

Now that she’s a Sprocket the world’s a better place. The rest of us can hide behind her awesome vocals. The louder she sings, the better we are. 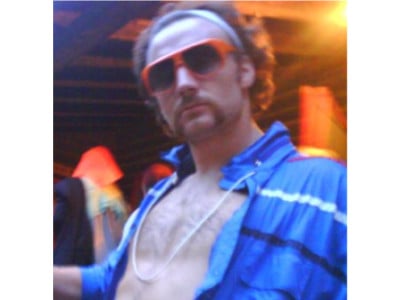 Doesn’t every band need a Brad.

When the music stops and only the beat remains, Brad is there to rap it out. With three daughters all under the age of 5, he needs the Sprockets to give his reputation a little boost. He can’t wait for his daughters to tell their friends about their “cool dad”. 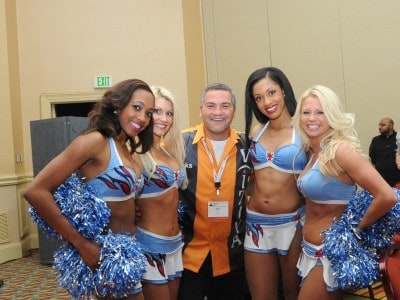 Aleks has the distinction as being the only person ever to be thrown out of the Broken Sprockets band. We had a band vote and decided that we desperately needed a fan club and unanimously decided that Aleks is the guy

Aleks is our Fan Club President and Cheer Team Manager 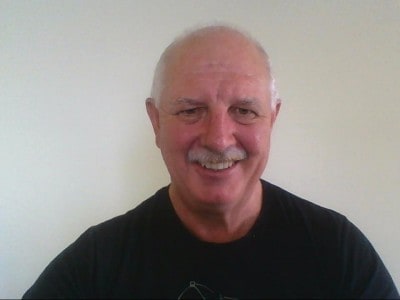 Steve has the distinction of being the most dedicated band member. He doesn’t let 12 hours and 16,000 km keep him away. Steve has been known to join us for practises at 2:00 am (his time). 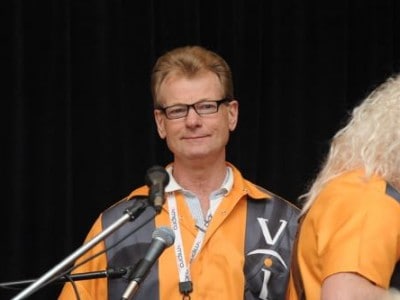 Steve sings up a storm – in the shower. You have to hand it to him, he doesn’t let anything stop him. With equal measures of indifference and chutzpa, Steve belts is out for all to hear. 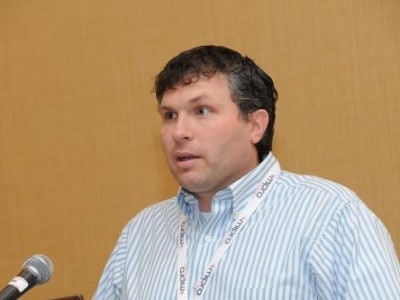 Kevin has lucky enough to be the only person drafted into the Sprockets. One minute he was wowing us with his Russian Squat Dance, and an immediate band vote thrust him onstage and behind the keyboard.

We are a little worried about Kevin, he’s based in Iowa, and in the winter he has access to all of the free ice cream he can eat. We need to make sure he doesn’t use any of his hibernation time to practise the piano. If he gets too good, we may need to take another band vote. 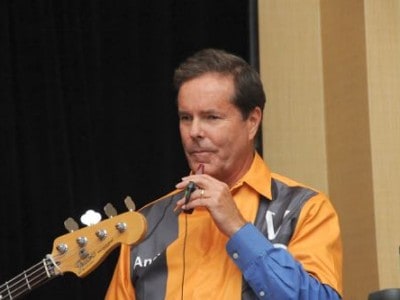 Andy joined the band because he’s a glutton for punishment. Who else, in the sunset of his musical career would join the Broken Sprockets.

“What, I don’t know anything about music? I’ll show them, I’ll learn the french horn. How hard can it be?” Andy’s family loves him and his long practise sessions.

This is the kind of attitude we like. What a great addition to the band. 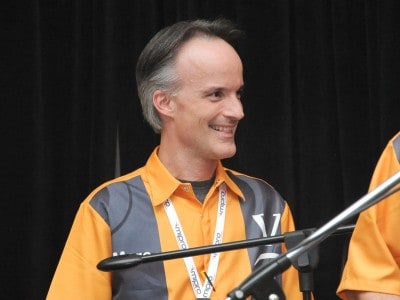 You have to hand it to Marc, he consistently resisted the band activities. Despite his misgivings, he practised and made it up on stage every time.

He’s gotten the last laugh, though. He’s changed careers and moved on. Some might call it a drastic step, but he did what it takes. We have to respect that

Update: 2016-09-26. Ha, Ha, and Mwahahahah we now have the last laugh. Marc has seen the error in his ways. The prodigal son has returned. What was once lost is now found. Marc is back! In true Sprockets fashion he’s rejoined the band. Not to worry, though. He’s no better than he ever was. 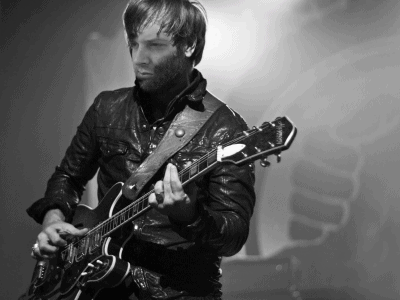 As with all of the Sprockets roster, Val is a little nuts. After learning about the Brocken Sprockets, Val ran home to Belgium, bought a guitar and started taking lessons.

Val shows more promise than the rest of us put together. If only he could show it more often.